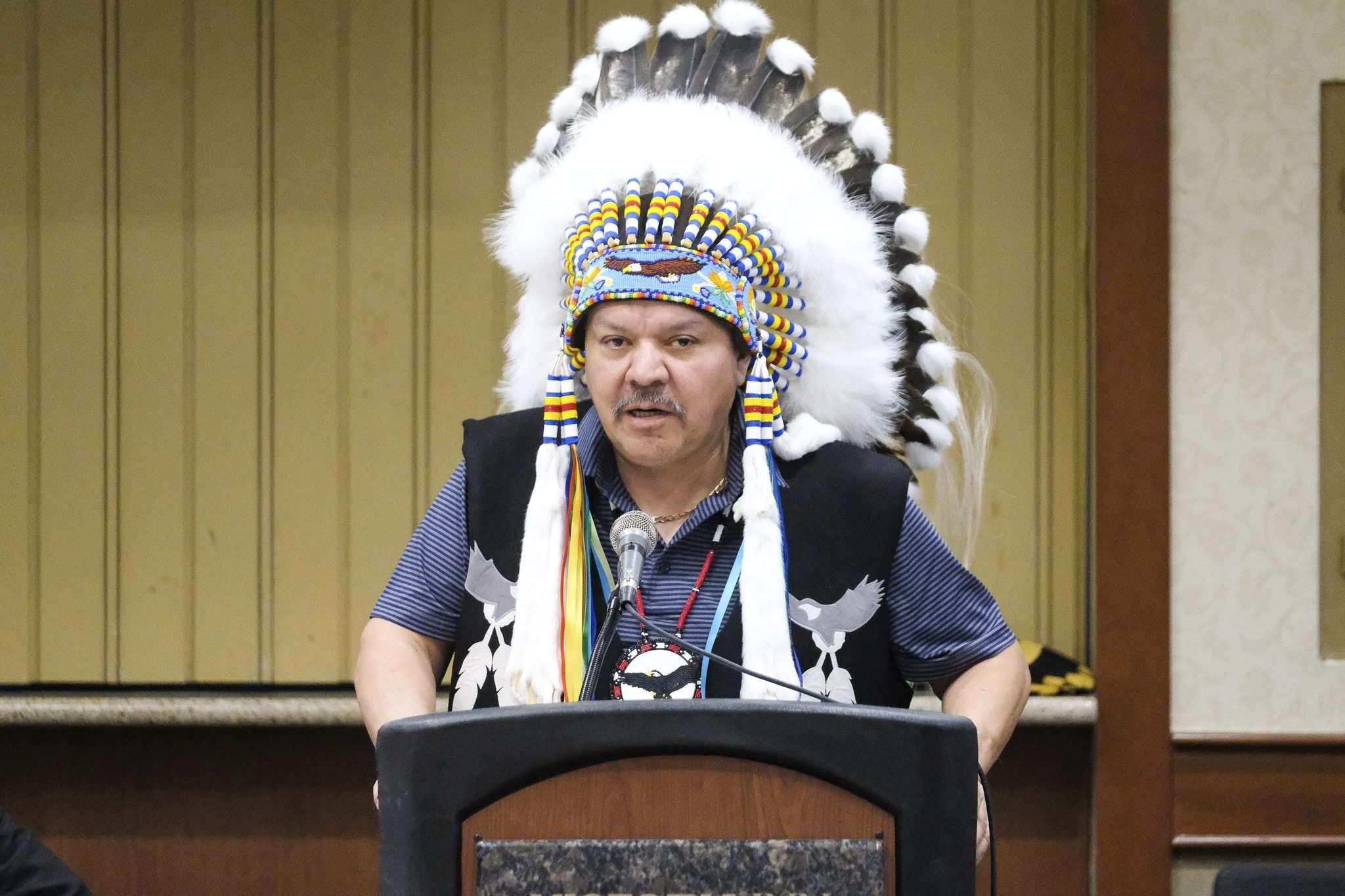 First Nation leaders in the Interlake say it’s impossible to consult with the provincial government about a $540-million flood outlet when no one from the government shows up.

Lake Manitoba First Nation Chief Cornell McLean, who is chairman of the Interlake Regional Tribal Council, said Saturday they want — and have asked repeatedly — to meet with the Manitoba government about the planned Lake Manitoba and Lake St. Martin flood channels.

McLean said at this time they don’t want to take any action like the blockade set up by the people in Wet’suwet’en Territory in British Columbia to stop a pipeline from going through their land or the supporting moves by protesters across the country like stopping trains on the busy Toronto to Montreal route or blocking traffic on Portage Avenue outside RCMP headquarters in Winnipeg.

“Going forward there should be consultations,” McLean said.

“We want to work collaboratively with the government. We’re not interested in a fight or holding anybody up. Our thing first as First Nations is people first whether they are First Nation or non-Aboriginal people.”

McLean placed the blame for the lack of consultations on Premier Brian Pallister.

“We have the support of the (federal) Liberal government,” he said. “The failure of consultation isn’t there.

“Pallister is enforcing his will. It’s ‘I’m the premier and I’ll do what I need to do.’

The afternoon session brought together chiefs, band councillors and community members from the eight First Nation communities it represents as well as others from the east side of Lake Winnipeg.

There were also provincial politicians, while NDP MLA Amanda Lathlin and Liberal Leader Dougald Lamont were there, Indigenous and Northern Affairs Minister Eileen Clarke was a no show.

IRTC executive director Karl Zadnik later said Clarke sent word she was sick with the flu but “why wasn’t there a plan to have somebody else here?”

The government says it has been consulting with affected First Nations.

“Minister Clarke had planned to attend but was unable to do so because she is ill with the flu, and she personally reached out to Chief McLean, chair of the IRTC, to let him know,” a government spokesperson said.

“Manitoba has engaged with all 39 Indigenous communities and groups that could have potential impacts from the Lake Manitoba outlet channel project, and the formal consultation process will begin when the federal government advances it to the next stage.”

Zadnik said the IRTC signed an agreement with the provincial government in Aug. 2017, to look at having collaboration over the project but “we signed the agreement and after that we never heard from them again.”

Other speakers who spoke said they feared the channels could destroy the commercial fisheries on Lake Manitoba and Lake Winnipeg and bring in foreign species.

They also added their criticism towards the provincial government for not talking with them.

Grand Chief Jerry Daniels, of the Southern Chiefs’ Organization, said the province has no choice whether or not to meet with them.

“We want to make one thing very clear — the province and federal government have to work with us as partners,” Daniels said.

“We need to continue to let Manitobans know we haven’t been treated as partners. We’re looked at as an afterthought.”

George Kemp, a former chief of Berens River First Nation, said “there has been no consultation on what it means for Lake Winnipeg.

“Don’t let the government ram this through unless they talk to Lake Winnipeg communities.”

Chief David Traverse of Kinonjeoshtegon First Nation, said “this government today is not listening to us.

“We need to put them on notice they can’t keep doing this to us.”