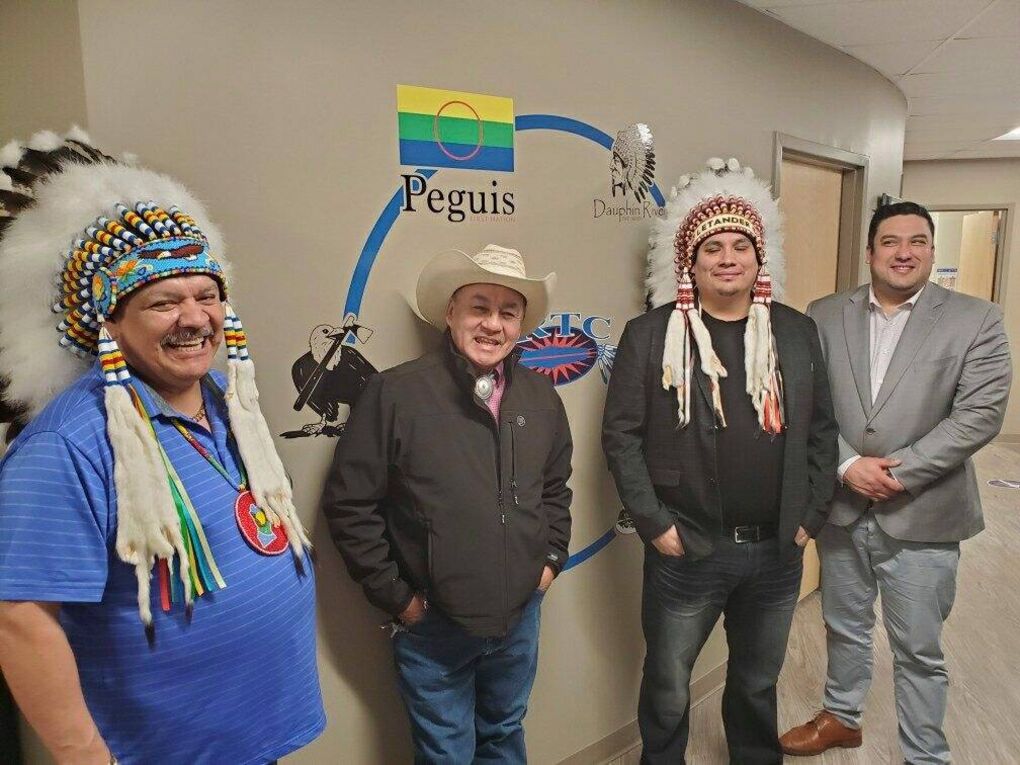 The University of Manitoba is collaborating with First Nations to launch satellite post-secondary campus sites in the north that will be staffed by educators and equipped with technology so Indigenous students can study closer to home.

Manitoba’s largest university has announced a partnership with the Mastercard Foundation that aims to “lead systemic change in Indigenous education” through the trust’s EleV program, which was founded in 2017 to support the education and employment of Indigenous youth in Canada.

The Canadian foundation will provide $16.1 million — the fourth-largest singular donation in the U of M’s history — to fund initiatives the school will co-develop with Indigenous youth, communities, and organizations, as well as other post-secondary institutions.

The opening of “community learning hubs” in First Nations is among the initiatives.

The first site is currently located in a trailer filled with school desks and stationery in Pinaymootang First Nation at Fairford, 260 kilometres northwest of the U of M’s Fort Garry campus in Winnipeg.

Students will soon be able to visit the hub to use devices, access the internet, and connect with a staff member on-site to navigate their coursework. The hub, which is anticipated to eventually move into a permanent location, will support students enrolled in U of M and other post-secondary institutions.

“Students up north have another option now. They don’t necessarily have to go all the way into the city all the time for classes. If they want to stay back and study from home, this is a perfect option for them. With everything going virtual to Zoom and Microsoft Teams (amid the COVID-19 pandemic), I think this is a step in the right direction,” said Karl Zadnik, chief executive officer of the Interlake Reserves Tribal Council.

The tribal council, which represents Dauphin River, Kinonjeoshtegon, Lake Manitoba, Little Saskatchewan, Peguis and Pinaymootang First Nations, has been co-designing the first hub model with U of M.

Lake Manitoba Chief Cornell McLean, chairman of the council, called the collaboration with U of M “a huge opportunity” that will help communities build capacity in areas ranging from social work to education.

The U of M said the funding will pay for projects that increase Indigenous student success by supporting post-secondary collaboration and enhancing resources available to help students transition to higher education. Some initiatives will connect university and college graduates with pathways to employment and entrepreneurship.

“We aren’t telling communities how to do this. We’re asking them what they need,” said Catherine Cook, U of M’s vice-president, Indigenous.

Cook said the tribal council reached out to the university to inquire about creating a community hub. A series of meetings resulted in the hub being approved and the U of M securing additional funds for the big-picture project, she said.

While there are dozens of pitches under review, the senior administrator indicated U of M wants to look at how to support communities in human resource development and facilitate reading programs in Winnipeg’s inner city.

The Mastercard Foundation, created in 2006 by Mastercard International, although it operates independently from the corporation, will meet regularly with U of M.

A foundation spokesperson told the Free Press the trust is interested in supporting projects through co-creation with a focus on “youth, employment and dignified and fulfilling work.”